This money saving test ended up costing me $130.00
I just wanted to know and when I saw it, I could not believe it.

I found out when the local electric company reads the meter. In June, the day they came by, I stopped using the solar clothes dryer (clothes line) and only used our energy star rated electric dryer.
I took the downtime to move the line to a better location that is more assessable and easier to use. Plus I doubled the capacity of line so we could hang more clothes at one time.

clothes line. During a normal month, I would say we use the line about 75 percent of the time.
One month later in July, and on the day the meter reader was due, we started using the clothes line again and stopped using the electric dryer. We tried to use the line at about 90 percent of the time during this test.    Without adding in the weather getting hotter in July and the A/C running longer hours than June, the bill was still $130 dollars cheaper.

So there you go, simplicity at it's best. I know most of y'all already hang your clothes out, but while you are out there sweating and wondering if it's all worth it, I would say that it is. If that was done year around it is a savings of over $1500.00 a year.
Now, if I could only get the wife to start using the hand powered washing machine more.
Posted by Modern Day Redneck at 9:47 AM 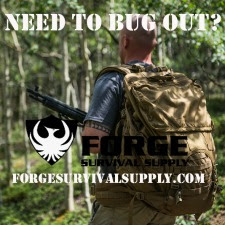