Get you a cup of Joe, sit down and read a while, this one is going to be long one. A lot has happen in the past few months. Life just keeps getting bigger and better.

I know I have stopped blogging for a while and the main reason is, I just don't have much to say. I figured I can only say so much about cooking chili and even that is boring if you are not a chili cook. It seems like chili is all I have done for the past three years. I have all but given up everything I used to enjoy just to cook a bowl of red. As much as I have tried to decrease the amount of competitions we go to it still feels like every weekend we were gone somewhere doing our chili thing. I know it was getting old reading about the same thing every week so I just quit writing about it. But, if y'all want to hear about it then I will write about it.
I do miss blogging and getting my aggression out. If anyone reads it or not is was a way of therapy for me you might say. I can also tell over the past few months my writing skills have regressed back to about a fifth grade level again. Not that it was anything worth a crap in the first place.

So, here is what's been going on. Fishing, Hunting, Family and Chili. If I'm not cooking a bowl of red in some small town somewhere, I am Fishing or Hunting or at least trying to.

Hunting;
Bird season was kinda a bust even though we had a great time for a couple of weeks. The birds were just not there. My hopes are that these cold fronts we are having will push down some of those big Kansas dove and I can get in a few more shots before the season closes. I bought a new over and under that has not even been good and broke in yet, now that is a shame.
Everything is in it's place for deer season. I bought a cross bow because it's archery only in the county I live in and I'm really not that good with a normal bow. Plus, the cross bow is a lot cheaper than a deer lease somewhere.

Fishing;
Fishing has been restricted to local ponds mostly. The catfish are just now coming back in the creeks but they are still hard to get to. The freakish high waters this summer has made a thick growth of high weeds all through the bottoms and it's hard to navigate. Even though, I would still like to get in a little more fishing before winter sets.

Chili;
The chili trail is still going. Our new year started the first of October and the plans are made on the number of cook offs we plan to attend. It's about half of what we have been doing because we don't plan to go to the World Championship next year.  This year we are planning to hit some in New Mexico, Virgin Islands and a few more big ones here and there.
Candy unsuccessfully ran for the board of directors in our organization (CASI) a month or so ago down in Austin. She loves the organization and what they stand for so much she was willing to offer her time and skill set to help it even more. I guess it was not her time yet. After her defeat we have decided to take a step back from the political side of the chili world for a couple of years and try to get back to the reason we started cooking in the first place which is Chili, Charity and Fun. Politics ends up ruining everything good and unfortunately it's no different if you get that heavily involved in anything, even in a charitable organization.
Candy won Missouri State in chili and I won it in Beans a couple of months ago. Other than that, we have not cooked in any major cook off for a while. It's just been small locals here and there.
Terlingua (World Championship) is next week and we are just starting to load the truck. This is the 50th year anniversary for CASI so it's going to be a big one. We leave this Friday for another week long adventure in the desert. 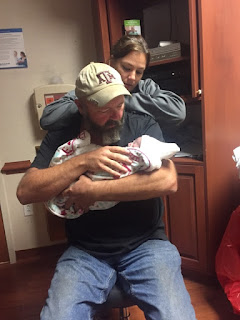 Candy and I have taken to the grand parenting thing pretty well. After my kids all grew up I really missed the sounds of running little feet through the house. The noise of kids laughing and playing were all gone and only quiet and emptiness hung in the air. Boredom took over and I think that is why we started doing the chili thing so much.
Sitting still will drive me insane with the creeping thoughts of regrets and life decisions that might not have went as planned slowly drift in. Shoulda-Woulda-Couldas are a killer and it's better to have my mind active. Can I change all that crap no, but try telling my hard head that.
Grand baby one (Rebecca) is now two and a half. She is at that age where she is talking in short sentences and starting to ask questions. I think my favorite age is around eight, but they will get there too fast as it is. I plan to cherish every moment with these two. 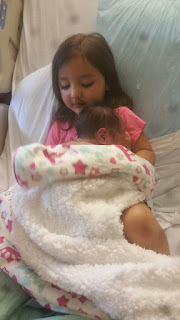 Other than that, life goes on.
See ya in a couple of weeks,
Jerry
Posted by Modern Day Redneck at 10:11 AM 14 comments: