Another One In The Books


Another World Chili Championship is in the books. 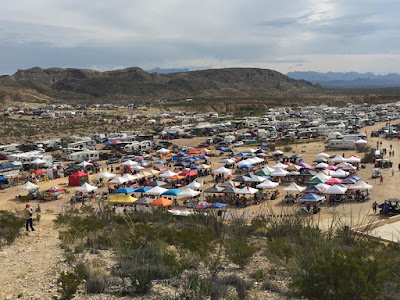 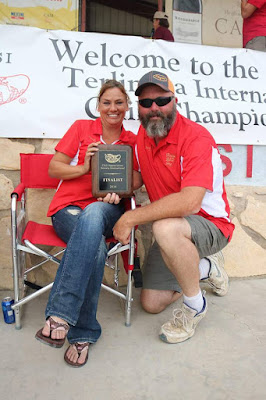 Another World Chili Championship is in the books. For two out of three years we both placed. Believe me when I say it humbles me to be able to do such an extraordinary feat. There are chili cooks that have cooked for thirty years and never walked across the stage.

We cook with the best chili cooks in the world. Our camp is made up of some of the best folks you could ever want to spend your time and hobby with. I have made some very strong and lasting friendships with some of these people. One I call my baby boy (the big guy in the hat, standing next to me, glasses and beard way in the middle back), and one I call my second wife (front row, three from the right). Candy (second from left, front row) and her call each other sister wives and it really turns some folks heads when they say that in public.
I think this is why I keep cooking and just simply complain about it. Deep down I want to spend time with these guys. It's fun, exhausting, expensive and a really good time. I only have one life and I refuse to look back and say, "I should have had more fun."
Plus, you really have to like the people if you can spend eleven days in the desert and not kill each other.

Candy won 4th place on the Tuesday "warm up" cook off out of 190 cooks. I only made semi-finals. On Friday, she won 2nd in beans and a nice little check to go with it paying for our fuel there and back. I did nothing in beans and we both did not win anything in Salsa.
On Saturday Candy was part of a small show team that won 3rd place, but the whole reason why we were there is for the Championship on Saturday. 332 cooks and Candy got 24th and I got 21st. That made us finalist and we won the chairs, plaques, champagne and was treated like royalty.
Due to the travel requirements, I never want to win the whole thing so being a finalist two out of three years is good enough for me. I'm batting 750 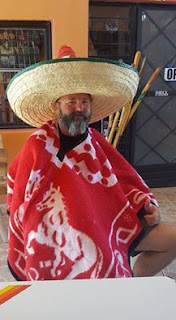 The rest of the time was spent being in the desert. We went to a little town in Mexico where we had to leave our truck in the US, take a row boat over and ride a donkey the mile or so into town. I was able to check off my bucket list, wear a poncho and sombrero in Mexico while taking a shot of tequila.

Throughout the eleven days we did everything else I had not previously done the other two times we were there. We visited the natural Hot Springs on the Rio Grand, visited the cliff drawings from civilizations long past and many more little things that while we were already in the desert, we might as well.
Jessie (My oldest girl) and her man child Billy came in on Thursday morning giving us a full day to show them the things they did not get to see last year.

It ended up being a great vacation with great friends. It's a lot of work though. Every day you have a list of chores to do around camp just to be able to live. If I had to pick or even had a choice in the matter, I would pick an easier place to vacation next year.

Until next time,
Jerry or Yerry as they call me South of the border.
Posted by Modern Day Redneck at 10:48 AM 2 comments: